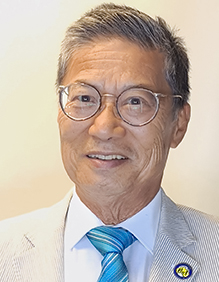 I am bidding for a Senate seat for NSW, with the Australian Citizens Party.

My childhood days centred around the Essendon airport in Melbourne. Those days of White Australia were tough going for a Chinese kid down in the schoolyards and up at the shops. I was often belted by bigger kids. I stayed alone for survival. Yet at school the teachers thought I was a little factory for ideas.

When I was seven, I inadvertently crossed a fence and navigated a concrete perimeter onto the international airport, with my adventurous tricycle on a late afternoon. I believe I was heading to the famous local reservoir. The airport security detail swooped upon this little Chinese boy, and the general manager and staff interrogated me under the lamps. I breached their restricted international zone. But before the Police escorted me home, my afternoon detention somehow become a “reward” with a tour of the DC3 cockpit with a pilot and the massive kitchen operation with a lovely hostess who allowed me a bag of hundreds of ANA barley sugars to share at school.

This childhood episode predates the Foreign Interference Transparency Scheme over 50 years later. Now the definition of National Security has worked its way into being a 21st Century version of McCarthyism. The growth of yellow faces in our neighbourhoods is being exploited by ranting politicians seeking to stoke and exploit fears that are leading to tensions with our biggest trading partner, China.

I resonate with the Citizens Party’s concern over the direction and focus of Australia’s crusade against China. A forty-year buildup of extremely complementary trade, the primacy of our farm and mining outputs, the high level of tourism and education services, is sinking downwards now with Australia acting as the sole Anglophonic voice in the region.

With the help of scholarships, I attended a private school and then on to a Melbourne University degree in engineering. I spent five years in the planning, design and building of large coal-fired and oil-fired power station projects in the LaTrobe Valley, Victoria and Quesnel River, British Columbia. I got an appreciation of the value and importance of public infrastructure, before the Federal government initiated its massive privatisation program. The end pricing for the consumer grew massively as the single platform for electrical and other power sources was separated into distribution, generation and marketing/sales operations. This privatisation did not achieve effective delivery of power and ended up costing the government more.

The Citizens Party policies would help restore public ownership of much of the banking system, healthcare services and education. Major water and transportation infrastructure projects (including high-speed rail) are all nation-building projects, where the key funding model is financing via direct transfer of credit from a central bank to government to spend on behalf of the nation.

The Citizens Party calls for the establishment of a Postal Bank using post offices as branches has been done successfully in many other countries, for a National Infrastructure Bank using superannuation and retirement savings with government guarantees, and for a National Development Bank to revive manufacturing and agriculture industry. This has massive implications for long envisaged regional development.

When still a young man, I left Australia to gain overseas experience and to secure a better destiny. I spent 17 years in East Asia, North America and Europe, mostly in investment banking in the major investment centres throughout the developing world. I lived in Singapore, Hong Kong and Taiwan during important geopolitical moments. In 1988, I launched and headed the first Asian stockbroking firm on the ASX.

Global economic development, as envisaged by the Citizens Party, aims to effectively span the North South disparity and the East West political divide. The Citizens Party contends that rapid emergence of Brazil, Russia, India and China, South Africa (BRICS) is helping the reform and bringing about strategic balance. The Citizens Party advocates the Belt & Road Initiative. It represents an effective and far-reaching physical platform that connects developing and developed countries together, aiming for a peaceful interconnected economy that brings Europe, Middle East, Africa, East and Central Asia together by an infrastructure of ports, road, rail and internet.

Taking sides in the current geopolitical escalation is the guaranteed pathway away from Peace. Citizens Party is the only party that is committed to maintaining a “No War with China” policy and in prioritising diplomacy to resolve tensions respectfully. Reiteration of the One China policy keeps the status quo and strategic ambiguity environment to resolve the Taiwan issue without a time frame.

I pivoted in early 2000, and now operate a law firm called The Peoples Solicitors. It has run for 17 years. I formed it in partnership with the former Attorney General of NSW, the late Jeff Shaw, QC & Supreme Court judge. We have always acted for the lesser privileged and disadvantaged. We have run cases against: Department of Infrastructure (Badgery Creek Tenants - Airport); Queensland Health (Negligence); Catholic Church (abuses by priests); and other forms of human rights cases.

Median Nazar Ibrahimi v Commonwealth of Australia: The Christmas Island boat tragedy case was a class action to sue the Commonwealth of Australia for negligence and breaching their Duty of Care in common law to take reasonable care in the Conduct of an Interception and Breach of Statutory Duty to Rescue. This case was about whether and how much our government (the national security council, its security operations, the defence force, police and emergency services and civil administration) knew of the approach, the attempted landing, the floundering of SIEV 221. Fifty persons died and 39 survived; 15 juveniles (including infants) died and 9 survived. During the hearing, it was discovered that the authorities, through intelligence, knew of the approach ahead of time. We contended throughout the case and into the Appeal that a successful rescue ought to have taken place, if not for negligence.

The Coolah Home Base case: This case was described by A Current Affair: “Lawyers are likening the plight of a bunch of small-town battling retirees to that of Darryl Kerrigan in the iconic Australian film The Castle. The residents of the Coolah Caravan Park, five hours northwest of Sydney, say they are facing homelessness after ‘accidentally’ finding out the land they thought they owned had been sold from under their feet. It has prompted a showdown in the Supreme Court, which will cost them most of their life savings.” See: https://www.peoplesolicitors.com/coolah-homes-class-action 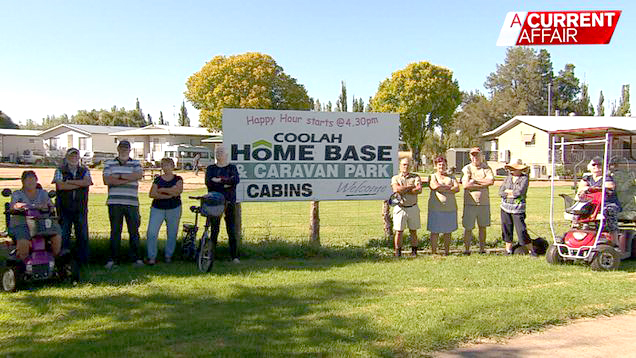 The Citizens Party has policy initiatives to redress financial victims. Such cases, instead of taking years as this case has, should be expedited by paying compensation immediately and recouping funds from the guilty financial predators or dedicated financial institutions through levies.

The Citizens Party also advocates for revenue raising with a Robin Hood-style tax of 0.1 % on speculation of financial market trades. Make the wealthy speculators pay a reasonable amount of tax on their mega profits, and at the same time shrink the financial speculative bubbles. Enactment of this tax will bring equity and equality back to the people.