Sinn Féin’s success in the 8 February Irish general election is the inevitable result of economic austerity generating a political backlash. The crash of the Irish property bubble which peaked in 2007 saw house prices collapse to a mere 46.7 per cent of their peak value by 2012. With 12.9 per cent of all residential mortgages falling in arrears by 2013, the nation was in dire crisis. But the three establishment parties, Fianna Fáil, Fine Gael and Labour, failed to offer a genuine economic recovery program. Foreign vulture funds in search of distressed assets purchased Irish property, reinflating the bubble and pricing a new generation out of housing. While employment numbers have improved since the property crash, especially in service and IT jobs, a large portion of population are disenfranchised.

Improved GDP statistics don’t tell the real story for the many impoverished Irish people going backwards under skyrocketing rental costs. Rent prices in Dublin have more than doubled since late 2010 and social housing investment is sadly lacking. Wages are not keeping up. The national minimum wage was €8.65 per hour in 2011 and it’s now at only €10.10. The Irish Central Statistics Office reported that in the five years to Q1 2019 average hourly earnings increased by only 7.0 per cent from €22.37 to €23.93.

The cost-of-housing crisis has led to record homelessness. Focus Ireland, a non-profit organisation based in Dublin, reports the number of homeless families in Ireland increased by a massive 280 per cent from December 2014 to December 2019. The charity helped over 15,000 people in 2018 who were homeless or at risk of losing their home. In December 2019, there were 3,422 children in emergency homeless accommodation with their families.

Under austerity measures, qualifying age for the pension was raised from 65 to 66 in 2014. It’s set to rise to 68 in 2028. Ireland’s largest trade union, Siptu, has launched a coalition to pressure politicians to stop the State pension age rising to 67 next year and to consider reducing it to 65 again. A decade of austerity has slashed public services and public infrastructure investment.

The revival of Sinn Féin goes back to the 1997 general election when it won its first seat since 1957. It won five seats in 2002; four in 2007; 14 in 2011; 23 in 2016; and now in 2020, a massive 37 seats. Voters severely punished Fianna Fáil in the 2011 general election following the property crisis, with the party losing 51 of its 71 seats. Along with Sinn Féin, Fine Gael and Labour picked up much of this vote in 2011, but the latter two establishment parties failed to deliver. So in the 2016 general election, voters punished Fine Gael and Labour.

After years of economic stagnation, Sinn Féin’s antiausterity message resonated increasingly with the population. All the establishment parties haemorrhaged votes this election. The once-strong Labour Party which won 37 seats in 2011 won only six seats in 2020. Fine Gael lost 12 seats and Fianna Fáil seven. A governing coalition is yet to be formed. 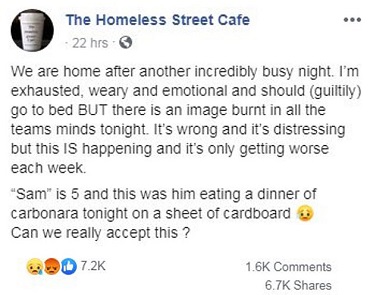 The message of Sinn Féin’s General Election Manifesto 2020 was key to its success. “It’s timely therefore to measure the reality of Ireland in 2020 against the ideals of those who, 100 years ago fought to establish an egalitarian republic and a reign of social justice for the Irish people”, opens the Manifesto. “Is the ideal of that republic reflected in scenes of homeless children eating their dinner off the pavement outside the GPO? Or in the indignity of elderly people left to suffer for days on hospital trolleys? Is it reflected in the horror of people forced to live in tents, because they don’t have a home? Or in the reality of working couples, unable to afford a home?” Sinn Féin promised the largest public housing program in the history of the State and to build 100,000 homes over five years; to cut and freeze rents; tackle the hospital crisis—opening 1,500 beds and hiring thousands more nurses and midwives; and return the pension age to 65.

Arthur Griffith (1871-1922), a journalist, printer, and student of universal history, founded the Sinn Féin movement in 1902. He founded the Irish Free State in 1921 and became President of the Dáil Éireann (Irish Assembly) in January 1922 until his death later that year. Griffith was inspired by the US founding fathers and their fight to gain freedom from the British Empire. Ireland had long suffered under British occupation and oppression, and has not recovered to this day. One million Irish starved to death in the famine of 1845-49 as a direct result of British free trade policy, which prevented Ireland from trade with any country where its trading might clash with the interests of the British East India Company. Free trade exported or sold all the corn, wheat, barley, and oats Irish farmers grew, in order that they could pay their rents. All crops became cash crops—there was nothing left for the farmer and his family to eat. In 1847 Ireland’s population was 8.75 million. Today the Republic of Ireland has a population of just under 5 million. City of London bankers carry on the tradition of the East India Company and the oppression and poverty continues with once again skyrocketing rents.

By voting for Sinn Féin in record numbers, the Irish people are saying they’ve had enough.

Austerity
[ Back to top ]