The Morrison Government’s Technology Investment Roadmap announced on 22 September followed its 17 September initiative on investment in new energy technologies. The total package ignored nuclear power and instead opted for an economically ruinous hodgepodge policy for no environmental gain. Nuclear power by contrast, given its enormous energy density, has a lighter environmental footprint and a proven track-record worldwide of producing cheap power. Modern Generation IV reactor designs will be meltdown-proof, and spent nuclear fuel can be recycled so waste is not an issue. 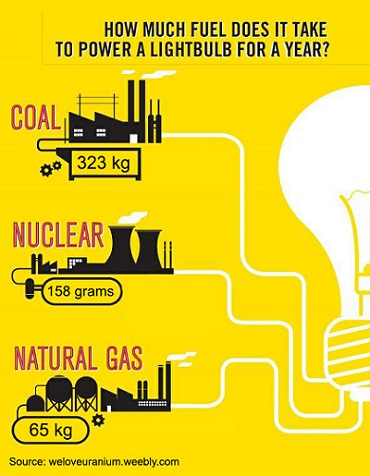 The idea of “clean hydrogen” is all marketing spin and no substance. Engineers and scientists have long known about hydrogen, but storing the gas has always failed the economics test over the alternatives. Hydrogen is not an energy source; it’s a chemical energy carrier like a battery. Far more energy is needed to create the hydrogen through electrolysis than can ever be recovered from its use. Other forms of energy storage, including the vast arrays of batteries needed to back up intermittent solar and wind, will require the biggest mining boom in history to supply the rare earth metals in batteries. Not good for the environment!

In October 2018 Australian Mining Review magazine reported that “Australia could see our biggest mining boom to date within the next ten years, thanks to modern technology in the automotive market that requires lithium, which we are the world’s biggest supplier of.” And all the so-called “green” alternatives are resource and energy hungry. In their controversial film Planet of the Humans, Michael Moore and Jeff Gibbs explained that “renewables” do not replace fossil fuels—they depend upon them! In fact, global coal, oil and gas consumption have increased over the last decade. And fossil fuel use in Australia continues to increase.

So-called low-carbon materials such as steel made with hydrogen will require expensive refits which will significantly increase the cost of steel. Geosequestration will require increased fossil fuel use to pump the CO2 deep underground into geological formations, and would be better described as “oxygen burial” given oxygen makes up 73 per cent of the mass of CO2 . And there’s no guarantee the gas won’t leak out over time with seismic events. Farmers will add carbon to their soils if there’s a benefit and should not be forced into ideological schemes to deprive the atmosphere of life-giving gas for photosynthesis. Many of the world’s leading scientists dispute climate alarmism, but for those still not convinced, the answer is nuclear power.

In the June 2015 issue of Conservation Biology, prominent Australian environmentalists Dr Barry Brook and Dr Corey Bradshaw opened the debate in support for nuclear power: “Although the environmental movement has historically rejected the nuclear energy option, new-generation reactor technologies that fully recycle waste and incorporate passive safety systems might resolve their concerns and ought to be more widely understood”, they write.

Dr Barry Brook is currently Professor of Environmental Sustainability at the University of Tasmania, and Dr Corey Bradshaw is a Professor of Global Ecology at Flinders University. Brook and Bradshaw at the time inspired 75 prominent environmentalist academics to sign their open letter to environmentalists on nuclear energy. The letter urged environmentalists “to weigh up the pros and cons of different energy sources using objective evidence and pragmatic trade-offs, rather than simply relying on idealistic perceptions of what is ‘green’.”

The establishment-backed green movement rejected the view of these scientists. Climate Councillor Tim Flannery, who once backed nuclear power, did an about turn in 2007. He now sits alongside fellow Climate Councillors Gerry Hueston and Greg Bourne, both former heads of BP Australasia.

A nuclear-powered renaissance is under way now, led by China, Russia and India. Construction has just commenced on 4 September for the second Hualong One unit at the Zhangzhou nuclear power plant in China’s Fujian province. It is scheduled to enter commercial operation in 2025. Worldwide, 53 reactors are currently under construction in 19 countries. A further 106 are planned with approvals and funding in place.

The Anglo-American establishment’s rejection of nuclear power is evident in that the USA and UK only have two reactors each under construction. China has 12; India seven; and Russia four. Economic growth in the physical economy such as nuclear power has driven China’s economic success and lifted nearly a billion people out of poverty. Rejection of this scientific approach which the USA once embraced has led to its current demise. Australia must follow the path of scientific advancement in higher energy densities and reject the “renewable energy” consensus which is driving us to a regressive hodgepodge plan doomed to fail.

Energy & Resources
[ Back to top ]