Time to force real competition on the Big Four!

The concentration of Australia’s banking sector in the Big Four banks is growing worse in an environment where new and smaller banks can’t compete and can’t survive. Extreme monetary policy including ultra-low and negative interest rates, bailouts for big banks, new bank rules including “bail-in” resolution requirements and higher capital provisions, along with decades of financial deregulation (running parallel with the repeal of the US Glass-Steagall Act and similar measures globally), makes establishing a new bank that will grow and thrive virtually impossible—but other nations have shown that that needn’t be the case.

Within just two months, two of Australia’s four “neobanks”, banks that operate solely online, have disappeared. The 100 per cent digital Xinja handed in its banking licence in December, and in January online lender 86 400 announced it was up for sale. It is likely to be swallowed up by NAB, pending approval by the Australian Competition and Consumer Commission (ACCC). The demise of another small bank, in all but name, was marked on 22 February when Bank of Queensland announced it would acquire 100 per cent of Members Equity Bank (ME Bank) for $1.325 billion.

Regarding the 86 400 sale, ACCC chair Rod Sims told The Business on 12 February that “It does have implications for competition, innovation and consumers if the big four start buying all the neobanks.” Digital banks generally offer higher interest rates to attract depositors, but in October 2020 Xinja stopped paying interest on accounts over $150,000 and 86 400 reduced its rate on accounts over $50,000 to 0.1 per cent. The Business reported Xinja was forced to cut savings rates three times in six months due to the Reserve Bank of Australia’s rapid-fire 2020 rate cuts. Consequently, the bank’s deposit base was reduced by nearly half in under two months, according to APRA data. Unlike 86 400, Xinja did not have a lending operation to generate revenue; but that wasn’t enough to save 86 400.

ME Bank, which boasts half a million customers, is owned by 26 industry superannuation funds, large and small. The institution got its start when Super Members Home Loans was established in 1994 by a number of industry super funds, to provide home loans for super fund members. It obtained a full banking licence in 2001. Acting as an alternative to the big banks, it received occasional injections from member super funds and circulated profits back into those funds.

Becoming the country’s tenth-largest bank and backed by wealthy industry super funds, if ME Bank couldn’t survive, who could?

A source from a smaller super fund backer told the Brisbane Times on 18 February it was the board, not the super funds, that made the curtain call. “It’s pretty hard to be competitive with the big banks”, he said. The larger super funds reportedly supported the sale. Another source from a smaller fund told the paper that others did not share the vision of “building collective financial institutions”, and that the greatest difficulty was in reaching the scale necessary to compete. Former director of ME Bank, former MP and trade unionist Greg Combet, told The New Daily on 22 February that the board had recommended the sale, given an assessment of the “competitive banking market” in which scale is the critical ingredient.

There had been talk about ME Bank’s sale since 2008, but a 2020 scandal which saw the bank reducing customer redraw limits on home loans without notification, may have been the last straw. Although the bank denied liquidity problems, the government scheme allowing emergency withdrawal of superannuation during the pandemic also likely put pressure on the bank. One of the largest shareholders of ME Bank is Hostplus, a super fund for some of the worst-affected sectors, namely hospitality, sport and tourism workers.

The government’s current drive to repeal responsible lending laws adopted both before and after the 2017-19 financial services royal commission will only make the banking environment worse (“You simply cannot trust the banks”, AAS, 24 February). The small progress towards more fair banking practices in the wake of that inquiry is set to be undone.

The royal commission uncovered an incredible litany of crimes within the financial sector, but whilst a few minor players were chosen as fall guys, major banks saw insignificant fines and slaps on the wrist, with no change to the overall system. Until real punishment is levelled for perpetrators and victims are compensated, the talk is meaningless.

According to financial journalist Michael Roddan’s review of the royal commission, contained in his 2019 book The people vs. the banks, there have been more than 50 financial reviews and inquiries since the 2008 global financial crisis, none of which examined the system that made Australia’s banks “the most profitable in the world”. In a nation where financial services have become, by some measures, the biggest contributor to the economy, the “entrenched monopolisation of [banking] services” was crushing Australians, and there was no intention to stop it.

Hayne nailed the culpability of financial regulators in his interim report, noting that “When misconduct was revealed, it either went unpunished or the consequences did not meet the seriousness of what had been done. The conduct regulator, ASIC, rarely went to court to seek public denunciation of and punishment for misconduct. The prudential regulator, APRA, never went to court.”

At the conclusion of his commission, Hayne referred 24 cases of misconduct to ASIC and APRA for possible civil or criminal action, but when perhaps the most likely case for criminal action—against top IOOF executives for conflicts of interest in superannuation management—was dismissed by a federal court in September 2019, APRA did not even appeal the decision. APRA insisted, however, that IOOF would be constrained by “additional licence conditions” and “strengthened supervision”. Throughout this period, IOOF continued its planned acquisition of ANZ’s superannuation outfit, Wealth Pensions and Investments, which was concluded in January 2020, designed to transform IOOF into “Australia’s leading advice-led wealth management business”, according to its website. A harsh outcome indeed. 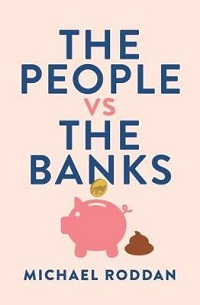 In his book, Roddan spelled out how APRA and ASIC are governed by a regulatory system based on free market models since the 1997 Wallis Financial System Inquiry, which Hayne described as reflecting the “prevailing conditions of deregulation and globalisation” and which served to make banks more powerful and complex. “At nearly every point”, summarised Roddan, “ASIC had been hobbled by the government. Its budget had been slashed, appropriation of resources had been withheld or provided on a short-term basis, and legislation that was necessary for its ability to enforce the law had been killed off by politicians too close to the banking industry that donated to their parties.” The same was true of APRA, which “had only 200 front-line staff to monitor about 600 institutions”.

Journalist and long-time advocate for a serious banking inquiry, Adele Ferguson, writing in the Sydney Morning Herald on 5 February 2019 in the wake of the commission’s final report, noted that “regulators had little or no appetite to use the tools at their disposal, preferring instead to do cosy deals with those they were meant to police”. That wasn’t about to change, given that examination of supervisory structures had been deliberately excluded by the terms of reference of the inquiry set by then-Prime Minister Malcolm Turnbull. Top-down structural change was necessary, Roddan hinted: “In many cases, the most effective way to achieve regulatory simplicity would be to simply ban certain types of conflicts or conduct, rather than require burdensome disclosure and risk management rules that had the propensity to be uncertain or very costly.” Yet the Royal Commission backed away from really taking on the banks by ordering structural change: commenting on the thousands of submissions calling for Glass-Steagall bank separation, Hayne wrote in his report that he was “not persuaded that it is necessary to mandate structural separation between product and advice”.

A radically different regulatory framework is required for an economy oriented to physical economic growth rather than financial services. China, which since 1993 has had Glass-Steagall-modelled banking regulation prohibiting the universal banking model whereby banks, investment houses, insurance agents and any number of other entities all exist under one roof, has more than 4,500 different financial institutions, while Australia has just 88 Authorised Deposit-taking Institutions (ADIs) by APRA’s count.

Japan has a vibrant banking sector oriented to growth, thanks to its nearly 155-year-old postal bank, Japan Post Bank, which encouraged a culture of savings channelled into national development (“Post Bank—the secret to Japan’s economic sovereignty and success”, AAS, 24 February). Just before the 2008 crisis, Japan began to relax its separation of retail and investment banking which had been drawn up by post-WWII American occupying forces. Today, the Japanese system is similar to the “ring fenced” model, where deposit-taking banks that wish to conduct securities or investment business must do so through a separate legal entity or affiliate.

China recently introduced postal banking, opening the Postal Savings Bank of China in 2007. Its 16.5 per cent net profit growth over 2019 is attributed to its extensive retail network covering 99 per cent of counties in the country. China now beats Japan for national savings levels, worth 45 per cent of GDP in 2018, compared to Japan’s at around 28 per cent.

For Australia, the introduction of Glass-Steagall regulation, a national investment bank and postal banking would open up a real field of competition and force the big banks to compete to survive in a system that puts people and the economy ahead of financial gain.

During the global financial crisis no stone was left unturned to save the banks.

Then-PM Kevin Rudd guaranteed all bank deposits for three years—not for depositors’ sake, but to stop a run on the banks. As credit markets froze, the government allowed banks to borrow using the government’s AAA-rating, and stepped in to purchase mortgage-backed bonds. A number of stimulus packages were launched. To stop the housing bubble from bursting, the Reserve Bank slashed interest rates from 7.25 per cent to 3 per cent in a few months, and Rudd tripled the First Home Owner Grant. With banks on the skids, Westpac took over St George (then the fifth largest bank) and CBA bought Bankwest. Macquarie was in trouble, and after a flurry of emails between the bank and ASIC the government intervened to ban short-selling to halt its plummeting share price. From July 2007 the RBA called the Big Four banks almost every day for the next fifteen months, to check in, Michael Roddan reported in The people vs the banks. APRA too was calling for daily updates.

Under this extraordinary blanket of protection, banks did not learn lessons from the crisis and did not improve their behaviour. Low-doc and dodgy lending continued, investor and interest-only loans exploded, and fraud occurred on a massive scale.

As it later emerged, banks charged fees to customers’ accounts for up to a decade after they had died, fees higher than warranted by their services, and fees for services never provided. Insurers cancelled policies just to sign customers up again to the same product, to earn an additional bonus. Brokers made a fortune from trailing commissions, earning perpetual kickbacks from loans and increasing the cost of mortgages. Soft bonuses as incentives for sales were piled on top, from cruises and cars to trips and entertainment. Financial advisers received large bonuses without providing any advice. Roddan reported that more than half of the 2017 income of the top 150 Big Four bank managers took the form of bonuses.

Midway through the royal commission in 2018, Scott Morrison commented that it hadn’t revealed anything the government didn’t already know about! Contrast his calm acceptance of the bank crimes that boosted banker bonuses to his reaction to Christine Holgate rewarding Australia Post executives with Cartier watches. He’d say the difference is “taxpayer money”; the real difference is who benefits—bankers, or the public?