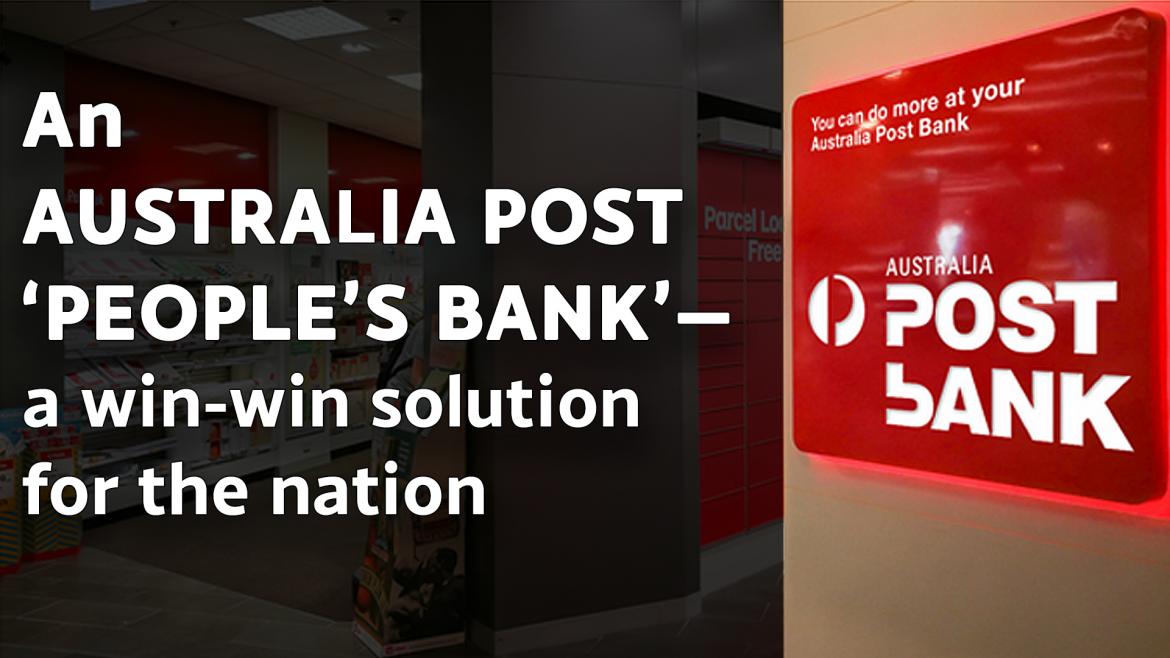 The Citizens Party’s proposed national post office savings bank will force the banks to compete on retail services and restore banking services to every community in Australia.

For more than a decade numerous organisations and experts have called for an Australian public post office bank to provide a secure alternative to the private banking system.

Australians and the Australian economy are straining under the yoke of a private banking oligopoly which: 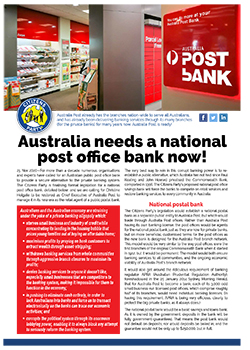 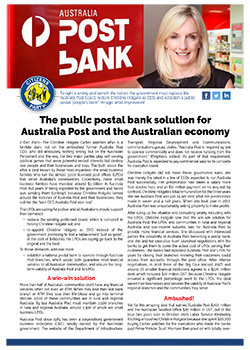 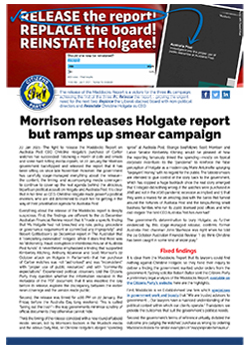 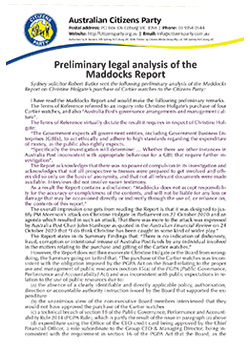 2. Call and Email your local federal MP and the MPs and Senators below

the preliminary analysis of the Maddocks Report along with the demand they stop the smear campaign, replace the board and reinstate Holgate. Parliament will be sitting in February, so doing this now will be of great assistance to Citizens Party representatives intending to be in Canberra at that time.

Demand the Nationals stand up for their rural and regional communities, which are so dependent on Australia Post’s services, and tell Scott Morrison to replace the board and reinstate Christine Holgate: