The CEC will stop any measures to reduce energy consumption, whether they are in the form of carbon taxes, emissions trading schemes, or government regulations.

Existing measures to treat carbon dioxide as a pollutant, and to reduce energy consumption will be reversed. Australia will withdraw from the Kyoto Protocol, the COP21 “Paris Agreement”, and any further international climate-change conventions. 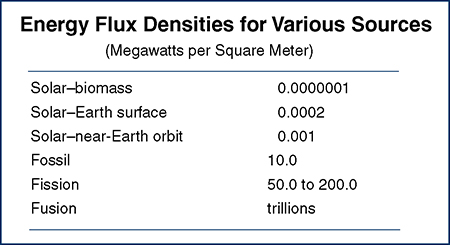 The CEC will pursue an energy policy for Australia which emphasises the rapid adoption of new energy sources that are genuine technological advances on existing sources, as measured by energy density. Whereas solar and wind power are backward leaps from oil and coal, being of a far lower energy density, nuclear fission and in the future nuclear fusion will be giant technological leaps forward. In terms of energy density, one cup of uranium is the equivalent of a mountain of coal.

Australia is excellently-positioned to take advantage of the nuclear revolution: we have over one-third of the world’s identified uranium deposits, and more importantly, have the world’s third-largest deposits (after India and Brazil) of thorium, which has the benefit of not being suitable for nuclear weapons. By combining Australia’s uranium and thorium supply with the latest technology in meltdown-proof reactors, such as the “pebble-bed” Modular High-Temperature Gas-cooled Reactor (MHTGR), and the Liquid Fluoride Thorium Reactor (LFTR), and taking advantage of our enormous coastline, Australia could develop a network of power plants that simultaneously produce electricity, industrial heat, fresh water through desalination, and the beginnings of a hydrogen economy, in which hydrogen takes over from oil as the primary resource.

This will then set Australia up for the next step in energy technology—nuclear fusion, which will generate much greater amounts of energy than even fission, by replicating the same nuclear reaction which occurs in the sun. The advent of fusion energy opens up enormous technological opportunities, including the production of man-made resources as mined resources run short. One brilliant invention that has already been patented, waiting for the development of nuclear fusion, is called the fusion torch: a superheated plasma furnace attached to a fusion reactor, into which all the daily garbage of a city can be dumped, where the material at the atomic level will become disassociated into its component atoms, and spat out as pure elements of the component atoms—silicon, iron, et cetera.

This is an optimistic vision of the future of mankind, for which our children can be excited. This will recapture the dream of conquering space, while simultaneously solving the economic problems on Earth.

BUILD THE IRON BOOMERANG! Australia must return to nation building, a NATIONAL BANK can fund it