The government should direct the Auditor-General to conduct an independent audit of Australia’s Big Four banks, in light of the collapsing property bubble to which the major banks are massively exposed.

Presently the banks are not independently audited. There is an even bigger “Big Four” that sign off on the banks’ books, the Big Four global accounting firms, an accounting cartel which audits 98 per cent of the world’s largest banks and corporations, and actively covers up the fraud and dodgy bookkeeping that has become the defining feature of the global financial system. The four firms are PricewaterhouseCoopers (PwC), Ernst and Young (EY), KPMG, and Deloitte. 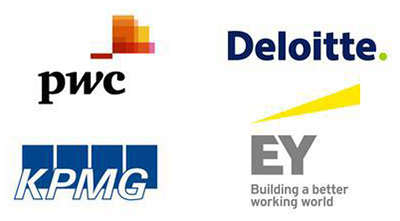 An explosive new report commissioned by the UK Labour Party’s shadow chancellor of the exchequer, John McDonnell, called Reforming the Auditing Industry, exposes the Big Four accounting firms as complicit in the crimes of banks and big corporations. These Big Four are supposed to conduct the independent audits of companies mandated by law, but they make two-thirds of their tens of billions in revenue from consultancy services to those same corporations. The banks that triggered the 2008 crash in London and on Wall Street had all received clean bills of health from Big Four auditors—some, like Northern Rock in the UK, just days before they collapsed. The report also documents a “parade of scandals” involving UK and multinational corporations which have collapsed after being looted by their management and major shareholders, robbing employees, pension funds and small creditors of enormous sums of money owed to them. In every case, the Big Four firms covered up the looting. And the Big Four firms have captured governments and regulators, the most glaring example being their influence over tax laws, which they help to write so that they can help their corporate and super-rich clients avoid paying them.

(Click here to read the full report, Reforming the Auditing Industry. For a summary of the report click here to read a two-page article in the 16 January 2019 issue of the Citizens Party’s Australian Alert Service, “Criminal masterminds: the real Big Four”, by Robert Barwick.)

The report calls for the establishment of a statutory (public) auditor, to conduct truly independent and honest audits of all financial companies and the largest corporations, to which the regulators would have complete access. It also calls for the Big Four and all accounting firms to be broken up, to end the conflict of interest of firms that audit companies also providing consultancy services.

The testimony of Distinguished Professor James Guthrie, from Macquarie Business School, at the 29 November 2019 hearing of Australia's Parliamentary Joint Committee on Corporations and Financial Services's inquiry into Regulation of Auditing. Professor Guthrie elaborated on his submission which recommended similar reforms for Australia that are recommended in the UK Labour Party's 2018 report by a team led by Professor of Accounting Prem Sikka, Reforming the Auditing Industry, including: separation of auditing from consulting; and a statutory (government) auditor for banks and large corporations.

The Big Four global accounting firms also dominate Australia’s financial system. Most worryingly, PwC audits CBA and Westpac, EY audits NAB, and KPMG audits ANZ. Given their track record laid bare in Reforming the Auditing Industry, the Australian government and public can have no confidence in the Big Four auditors’ reports of Australia’s Big Four banks. Last year’s banking royal commission has already shredded confidence in the major banks, proving that they are not the best banks in the world as was claimed. It’s a small step to go from lying about their behaviour to lying about their financial position, assisted by their corrupt auditors. As the four major banks control 80 per cent of the banking system, and each have over 60 per cent of their assets concentrated in mortgages, with house prices plunging the government must direct the Auditor-General to conduct independent audits of each of the Big Four, to ascertain their true financial position and the level of risk facing the Australian economy.

Such audits would also expose more details of the criminality of the Big Four global accounting firms in Australia. On 29 November 2017, the Greens and the National Party agreed to include the Big Four auditors in their terms of reference for a banking royal commission to investigate; the next day, 30 November, a panicked then-Prime Minister Malcolm Turnbull hurriedly called the royal commission with different terms of reference, approved by the banks, in which the Big Four accountants were not included.

Conducting audits of the private banks was once a standard function of the Auditor-General. It was recommended in the report of the 1937 Banking Royal Commission, and first legislated in the Banking Act 1945, and reaffirmed in the 1953 and 1959 Banking Acts. It remained a function of the Auditor-General until the establishment of the Australian Prudential Regulation Authority (APRA) in 1998, when the Financial Sector Reform (Amendments and Transitional Provisions) Act 1998 amended the Banking Act 1959 to allow APRA to appoint any firm to audit the banks. And which auditors has the failed and discredited regulator APRA chosen to use? You guessed it—the Big Four.

The reason the 1937 Banking Royal Commission report recommended the Auditor-General regularly audit the private banks was so the government bank, the Commonwealth Bank, would know if it needed to take over a failing private bank to protect its deposits, by either fixing up the private bank or closing it down and taking over its customers. Australia must face the reality of likely banking failures today: Australia’s banks are more exposed to the collapsing housing bubble than their US, UK, Irish and Spanish counterparts were in 2008, when they were wiped out in large numbers. No other banks in the world have come close to having 60 per cent of their loans in mortgages; before their crashes, US and UK interest-only lending peaked at 25 and 18 per cent respectively of all mortgages, compared with almost 50 per cent in Australia in 2016; and Australia’s household debt at 190 per cent of household income is much higher than in those other countries in 2008.

The Citizens Party has issued a five-point program for Australia to survive economic catastrophe, which includes a call for a moratorium on home and family farm foreclosures, to stop the banks from executing a US-style mass-eviction of homeowners in a housing crash. The policy would require the government to take the measures recommended by the 1937 Banking Royal Commission and know if it needs to take over the banks to protect the public’s deposits, and either reorganise them or shut them down. Accurate audits of their books are therefore essential.

It's time to lift the ban on nuclear power in Australia!

21 Mar 2022
The Morrison government’s attribution of skyrocketing fuel prices solely to the war in Ukraine is absurdly simplistic. Labor Party leader Anthony Albanese MP has at least publicly acknowledged that disruptions to international oil markets triggered by the war had merely exacerbated an existing trend, but likewise failed to identify the real underlying cause—perhaps because to do so would require Labor to own its share of the blame.
Read more
[ Back to top ]