As the USA, UK and European Union—with applause from the Australian government—slap sanctions on China for alleged human rights abuses in Xinjiang, and the weighty term “genocide” is thrown around without evidence, our series demystifies what is going on in and around Xinjiang, and why. We expose the Anglo-American sponsorship of “East Turkistan” separatism and fostering of radical Islamist terrorism, which hit China hard from the 1990s up to 2014 and prompted tough anti-terror programs.

We detail how al-Qaeda and its successors grew out of U.S. National Security Advisor Zbigniew Brzezinski’s program to strike at the Soviet Union’s “soft underbelly” in Central Asia—even at the risk of nuclear war—by backing the Afghanistan mujaheddin against Soviet forces in Afghanistan in 1979. Young ethnic Uyghurs from Xinjiang fought in Afghanistan and received US- and Saudi-funded training in Pakistan; some went back home to “destabilise China”, in the words of Col. Lawrence Wilkinson (ret.), chief of staff to former US Secretary of State Colin Powell. We also recount the history of “Pan-Turkism” and its activation against Russia and then China after the breakup of the USSR.

The final two articles deal with the decades-long manipulation of the Uyghur diaspora by Anglo-American intelligence agencies, including those operating under the banner of “human rights”, like the National Endowment for Democracy (NED). As with the so-called Captive Nations groups during the Cold War, the diaspora is exploited as a propaganda base, not only to destabilise or even fragment the targeted country, but also to set “thought rules” for public opinion and political circles elsewhere—for example, in the USA or Australia. Uyghur émigré groups uniformly oppose China’s Belt and Road Initiative, even as it raises living standards in Xinjiang, all China and abroad. Since China has recently been practically the sole engine of world economic growth, while cultivating scientific optimism in its education policies and a commitment to promoting classical culture, a strategic posture that exploits the Uyghurs of Xinjiang to attack China is insane.

Here are the chapter titles from our report. The first two pages of the Special Report pdf are a full, annotated table of contents (pictured below). 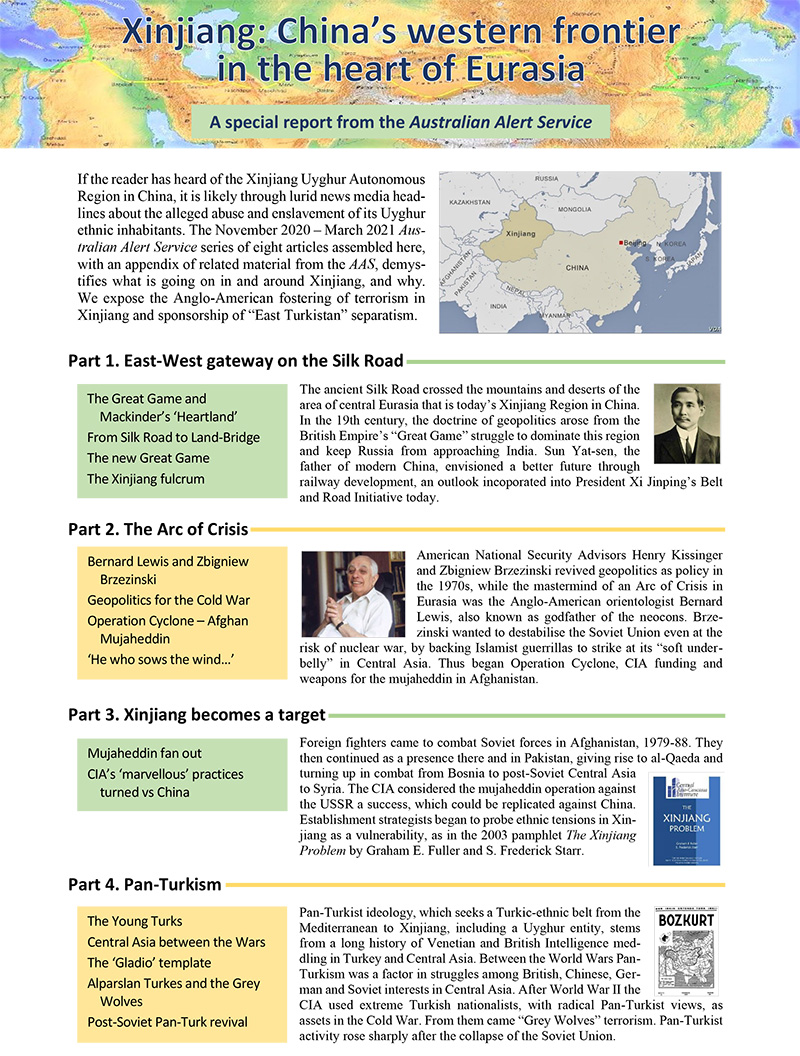 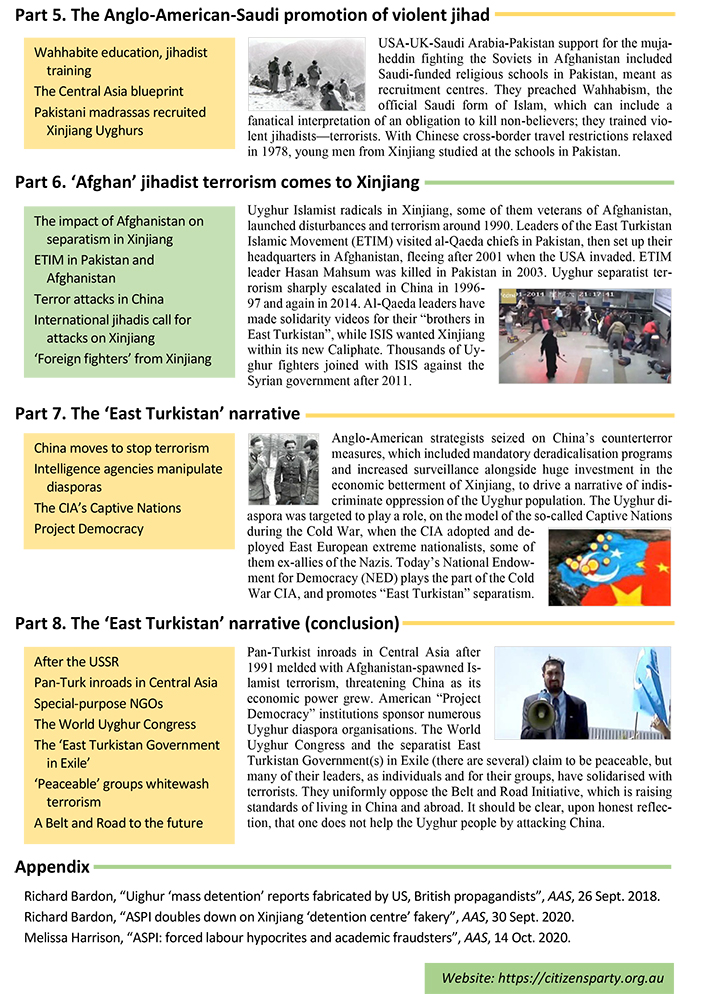